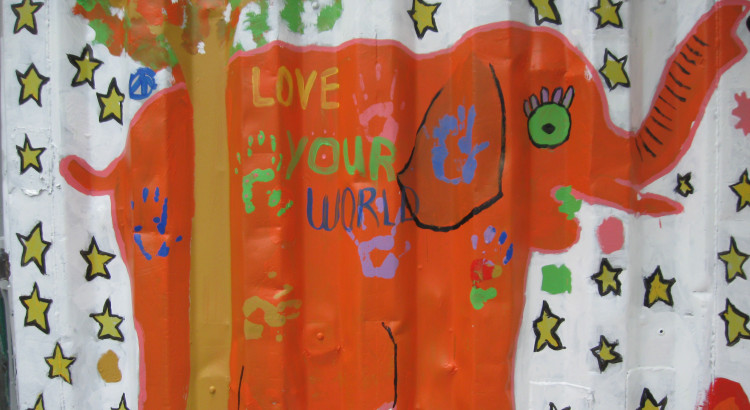 Children are our future. If we want a more peaceful world, it makes sense to work with those who will shape the future – not those who have been shaped by the past.

PETER ROTGANS
Chair of Trust Board

“Tim Berners-Lee is rightly called the Father of the Internet. In a Royal Society lecture, he said it as well as anyone, with a unique authority, that is not simply technical, but also moral and ethical. ‘We now have the ability to communicate and build a society in which mutual respect, understanding and peace between peoples and nations can occur at all levels by finding a balance between the diversity and commonality in our rich world.’ Anyone who shares some of that vision and who has seen the astonishing ease with which young children inhabit the digital age has to be inspired by the possibilities of building what they need and want to interact, share and connect.”

“Our children are our future. They are the ones who will inherit the world we as stewards and guardians hold in trust for them. If we accept this simple thought and take a global look at the current state of affairs, that is a sobering thought! It is up to us to give them the opportunity to come together to design the future they will inherit. I spend a lot of time with the kids…and I am constantly amazed by the clarity of their dreams for a brighter, more positive future. Right now we adults hold the future in our hands – will we take a responsible attitude towards this, and give the children their rightful place as burgeoning ‘Citizens of the World’? Can we afford not to take this opportunity seriously?”

“One People One Planet is unique in that it is child focused and child-driven. Never before has there been the means to engage the views of the world’s children; to see what they might achieve in changing the face of the world. It all comes down to a simple premise…If we want a more peaceful world then we should empower the children and give them a voice.”

“What you leave behind is not what is engraved in stone monuments, but what is woven into the lives of others”

ALYN WARE
A peace educator and an international advocate for peace and disarmament Alyn helped establish peace education programs in New Zealand, before moving overseas to establish international initiatives and organisations such as Parliamentarians for Nuclear Non-proliferation and Disarmament, UNFOLD ZERO (promoting United Nations initiatives for nuclear disarmament), the Global Campaign for Peace Education, Basel Peace Office, Nuclear Abolition Forum and the Framework Forum which brings together governments to discuss building the legal and political framework for a nuclear weapon free world. He is also a co-founder of Abolition 2000 – the global network to eliminate nuclear weapons, and a board member of the World Future Council. Alyn has received a number of awards including the United Nations International Year of Peace Award (New Zealand), Alliance for Nuclear Accountability Award (USA) and the Right Livelihood Award (also known as the ‘alternative Nobel Peace Prize’). He has been nominated for the Nobel Peace Prize and has been invited to participate in a number of Summits of Nobel Peace Laureates.

“The Voice of the Children is integral to the evolution of a safer, more just world where the younger ones amongst us are given the opportunity to express their opinions, their dreams and create a collaborative community that has a significant voice. As adults we must recognise that our children have the right to be heard about the world they will become responsible for in a few short years.  Their opinions are of intrinsic value to the global debate. This initiative is a front runner. It offers a new perspective and a new way forward. It is global, it is tested and is unique.“

Former Mayor of Hiroshima and President of Global Mayors of Peace
“I am proud that my city and our children are taking a leading part in building this powerful new movement of peace. This is the beginning of something that could change the world. I will ask the Mayors of the Peace Cities to support this idea because it will be good for their children, good for children everywhere, and good for our planet This is an important step towards a better future…this is a good time to begin. One People One Planet is a good way to begin.”[/well]