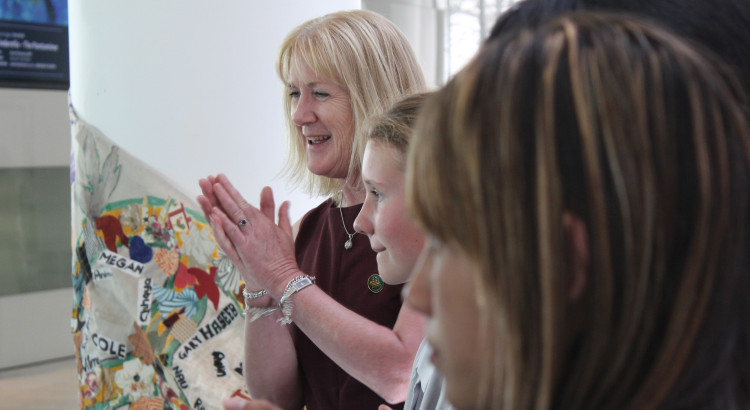 Teachers enable their students to work with projects, and to design projects which are shared between students, and schools.  The One People One Planet mandate is to be child-driven and child-focused, but all projects meet with the Key Competencies outlined by the Ministry of Education. 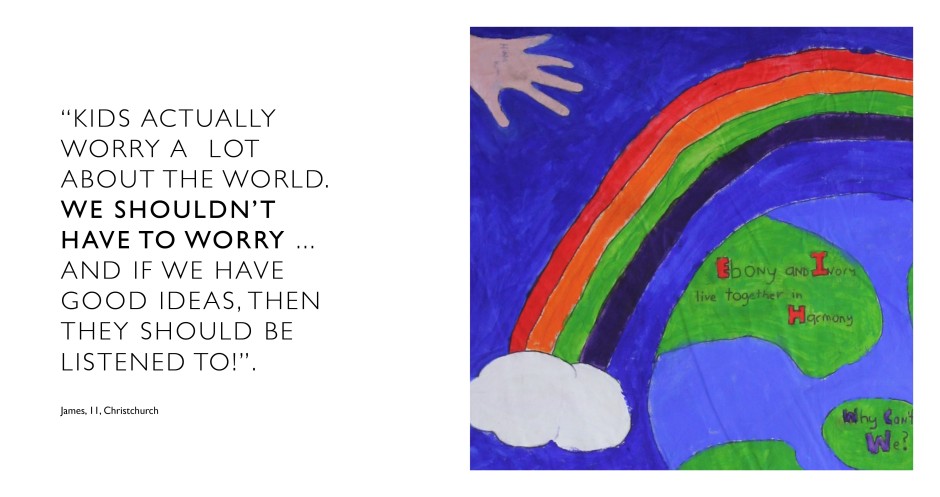 JENNY SINCLAIR (KAIAPOI BOROUGH SCHOOL)
“Participating in One People One Planet has encouraged my students to explore, question and construct their own moral framework in which to view their world, now and in the future. They are constantly asking ‘Are we making a difference’? Integral to their ongoing commitment to rethinking is the real connecting to real people available through the One People One Planet network.

Today’s children are the citizens of tomorrow. Their future is being made today! They inherit a very different world, full of pressing issues that come straight into their homes each night. The pro-active approach through One People One Planet gives a human face to the issues and they are gaining a sense of actively participating in making a better future. The opportunity to actively make decisions and see their ideas come to life has an enormous impact on their motivation to learn and to see that learning links to action. They are so passionate about being listened to, and One People One Planet has been great in allowing them to tap into authentic concerns and learning.

The contribution they are making through this involvement has had a positive impact on self-esteem and they are beginning to understand that we need to accomodate different world views.”

BARBARA DYSART (SUMMERLAND SCHOOL)
“Involvement with One People One Planet has highlighted a number of reasons for listening to our children – including moral and practical reasons. Listening to children is common sense as they can often shed light on a topic an adult can overlook. children are not so blinkered by differences that may exist, such as race or religion. They can give us impetus and valuable feedback, and have a lot to teach us about the world and its problems and issues they experience. Let them develop into their growing role – architects of their future lives. They are the future of this world. As the One People One Planet network continues to grow and evolve I can see it becoming more and more valuable, both in schools for the children, and for the world at large. ”

YVONNE DUNCAN, (TEACHER AND INITIATOR OF ‘COOL SCHOOLS’ PEER MEDIATION PROGRAMME)
“The concept of children…communicating with each other across boundaries of nationalism, race, creed and gender to create a more peaceful world is one that I support. The technology is available to do this…children are the co-creators of the project – and empowering youth is another concept I strongly support…I commend the trustees of One People One Planet on this innovative project.”

STEPHEN GORDON (SUNNYBRAE NORMAL SCHOOL)
“Involvement in One People One Planet projects has been an interesting and valuable experience. The One People One Planet approach is studen driven; students not only decide what question or statement they wish to respond to, but also how they will respond; with a picture, written response or podcast, for example. The teacher supplies the question and guides from the side. I have been impressed by the deep thinking and the responses from the students. It gives me hope for the future. One People One Planet is an important opportunity, for all of us. It is future focused, developmental and child-driven.”

VIKKI RIHARI (HENDERSON NORTH SCHOOL)
“When I present One People One Planet projects to my class, I begin by talking to them about the impact of war on the world…I then introduce the concept behind One People One Planet and explain that we have been invited to share our ideas about peace with the rest of the world and to help them develop into an organisation which really represents the children’s point of view. The children get a buzz at the mere thought that they can have a voice – and maybe someone will listen. It’s been a great learning experience for them to think about how they could change the world and what would happen if we could all just get along. As a result, the children have been kinder and more caring towards each other, which has been a great outcome for me as the teacher. With more schools on board, and if the media became more interested and involved and suportive, I think One People One Planet could develop into something enormous and incredibly valuable socially.”

FRANCIS J HESLIN (TEACHER, TIRI ISLAND – AUSTRALIA)
“…in schools in Australia and New Zealand now we experience a high cultural diversity and we also experience the growing use of information technology as a requisite educational tool. I absolutely endorse this exciting idea of children communicating with children using the most modern communications technology to bridge the barriers.”